Blogs and Sites I read 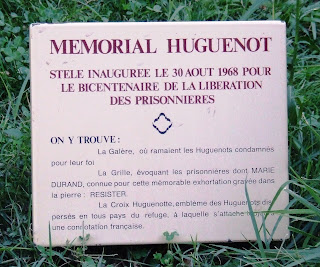 She is a historic French Protestant character that belonged to the reformed movement started by Calvin and Luther in the XVI century. She is still remembered by European Protestants, unfortunately unknown or forgotten in the Americas.

She was only 18 years old when she was arrested and imprisoned in the Royal Fortress “Aigues-Mortes” at the Mediterranean Sea shores, more precisely in the Tower of Constance (see picture) This fortress was built in the XIII century to affirm French Royal Power and to protect the kingdom against invasions. The main town (a medieval village) was inside the Fortress and it is called Aigues-Mortes and gave the Fortress its name. This town still exists nowadays and is part of southern cotemporary French society. Not Far (2 hours) from the French Riviera and 1 hour from Marseille a 6 million people city. 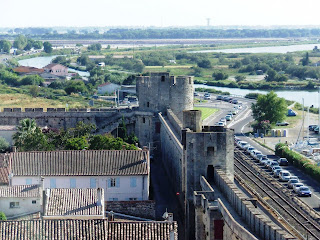 With the revocation of the Edict of Nantes in 1685 protestant worship was forbidden in France. Those who continued were arrested. So that was the fate of Durand Family. One by one they were arrested because they organized unlawful secret home services. Marie’s mother was the first one arrested when Marie was only 4 years old, she would never saw her mother again. 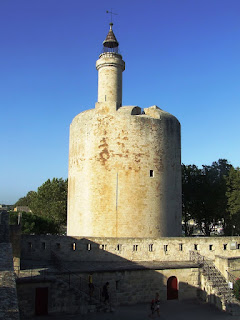 Later his brother, Pierre Durand became a pastor like his father and broke the law too organizing secret home services, he was unsuccessfully hunted by local authorities. So the authorities decided to take revenge again on her family. His Father Etienne Durand was imprisoned in 1728. Looking for protection and following her father advise married at an early age she married to Matthieu Serres, his father friend. In 1730 Matthieu Serres was imprisoned too. Finally his brother Pierre was caught and hanged in April 22, 1732, when he was thirty years old

Following this,Marie Durand was imprisoned with many other women who would refused to give up their beliefs. Authorities only asked them to knee in front of an image in order to be relief. Yet they did not.

The captivity of Mary Durand lasted 38 years. Imprisoned with other Women of all ages and all conditions, she lived in poverty and restricted conditions.

It has been found in a room on the tower stone walls, carved the word "RESISTER" (To Resist) Tradition says it was Maria's cells. So she wrote it to encourage herself and gear her companions not to give up. Whether she carved it or not. It is a symbol of these women spirit. Maria as most of these women was a restless prisoner, refusing to recant her faith, exhorting his companions to be strong and writing numerous letters, petitions asking for justice, or letters of thanks to those who sent relief prisoners; letters to Pastors, friends and members of her family.

In January 1767, Prince Beauvau, governor of Languedoc, visit the Tower, he was appalled and shocked by the plight of women still imprisoned and released them.A minister of King Louis XV's attempted to oppose it but after more than 80 years of religious hate the country was tired and ashamed. Fourteen women were released, one of them, Marie Robert, had been imprisoned 41 years.

Marie Durand was released April 14, 1768 and it was not until December 26, 1768 for the last two prisoners are released. Marie Durand died at his birthplace at Bouchet-of-Pranles in 1776.

Protestant History has men and women that should inspired us with their strength as first Christians did, as many do today in persecuted churches. From our comfortable sites and PC and smart phones, and blogs etc etc Let's not forget them. 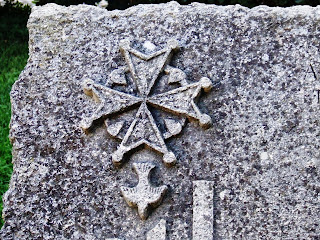